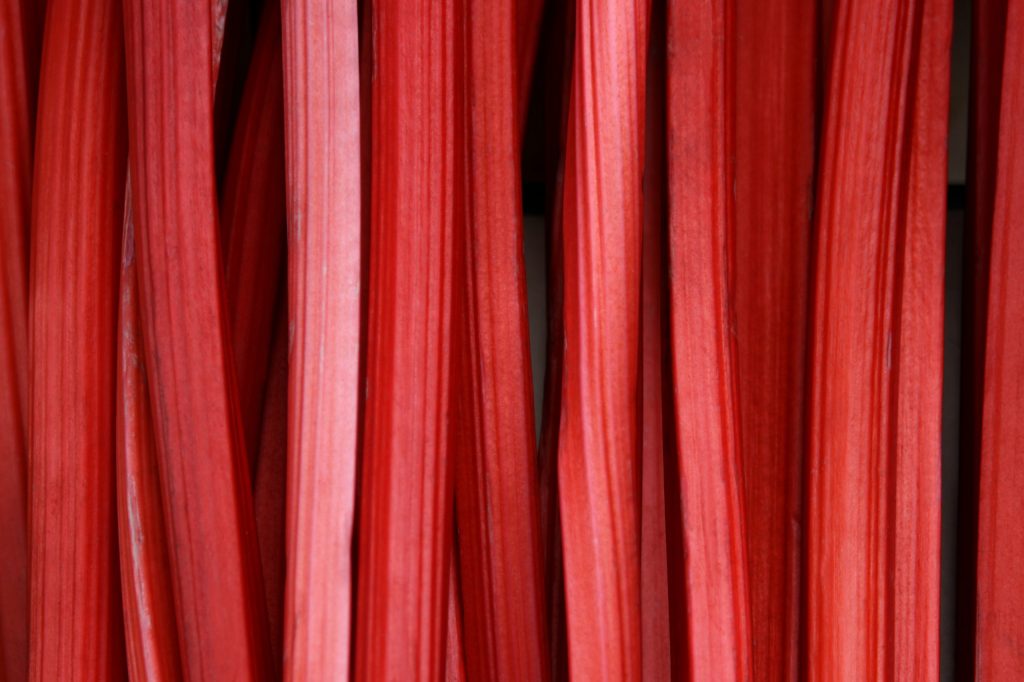 One surprising element that often makes an appearance on seasonally-themed menus during this time of year is rhubarb. Whether served in a savory offering or as an ingredient in a dessert, the flavor of rhubarb, available through Advanced Biotech’s natural Ethyl Levulinate, has been gaining attention in bakery circles and elsewhere in the food industry–and it’s definitely a flavor to watch this year.

Many people associate rhubarb with childhood–rhubarb pie and ice cream at Grandma’s house. These warm, nostalgic memories are hard at work in the return of rhubarb as a flavor. In general, retro flavors have been making a fierce comeback over the last two years.

Besides the craving for the comforts of childhood, there are more grown-up factors at play in rhubarb’s recent comeback. The growing craft gin movement is partly responsible for the rhubarb renaissance. Rhubarb gins are in. Not only are we seeing a lot of rhubarb gins, but these mixes also incorporate many other surprising flavors such as rose and lemon.

The popularity of rhubarb gin has already crossed over into the bakery sector. Confections such as rhubarb gin mince pies, rhubarb and gin cookies, and rhubarb tonic and bloom cakes are appearing on bakery menus and at special events and festivals. Rhubarb’s tart taste comes out beautifully when mixed with sugar, making it perfectly suited for a wide range of bakery products.

Because the focus among consumers has shifted so sharply to the natural and healthy, today’s foodie is constantly on the lookout for new, nutritious foods. It’s no wonder that rhubarb has become popular once again–its versatile flavor makes it ideal for lots of different recipes, and rhubarb contains a significant amount of calcium, vitamin K, vitamin C, manganese, iron, and fiber. That means that people looking for more ways to fit as much high-quality nutrition as possible are naturally gravitating toward the new generation of rhubarb products—and that association means that even rhubarb flavor will spark feelings of confidence and excitement in consumers.

Another reason why rhubarb is back in the spotlight is that consumers are beginning to embrace sour as a flavor. In the past, rhubarb was usually offset with sugar and sweets. This pairing is still popular in the bakery sector, but rhubarb is now standing on its own as a delicious flavor, too. It pairs well with fruits such as raspberry.

From donuts, scones, and jams to barbecue sauces, soups, and stir-fries–not to mention liqueurs–everything’s turning up rhubarb. Take advantage of this up-and-coming trend by experimenting with it and other flavors in your newest products.