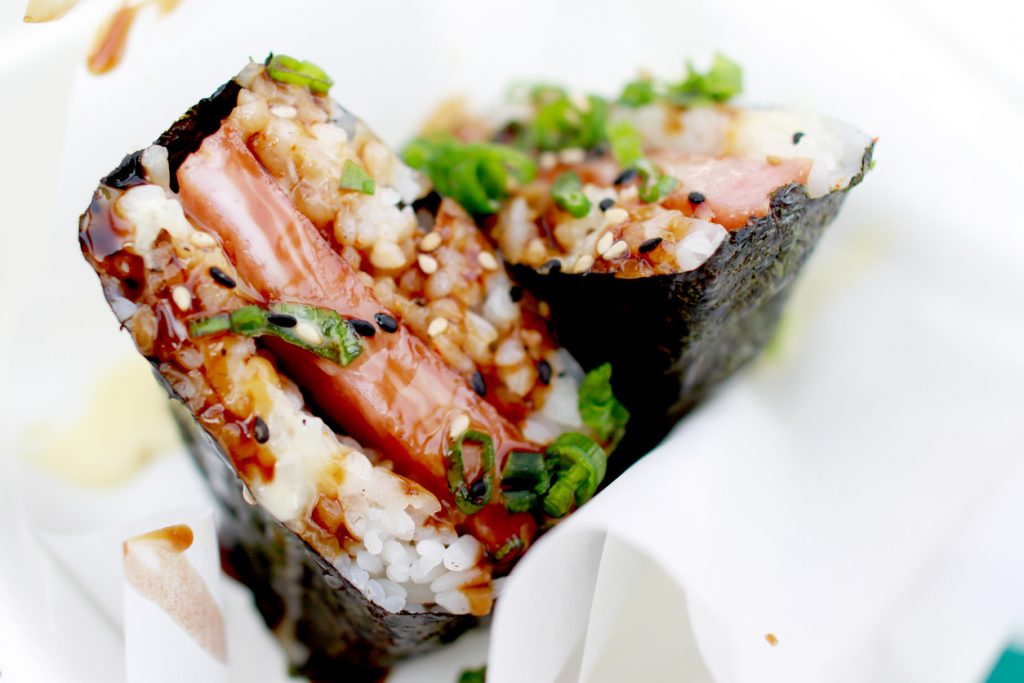 Ethnic flavors are always a big hit among consumers, with the biggest being influenced by everything from demographic shifts to the way that people are eating their favorite foods. One of the biggest trends in the American food industry this year has been the rise of Pacific Rim flavors, which is a hodgepodge of ingredients from cuisines spanning Oceania and Asia to the Americas.  That means everything from Hawaiian and Fillipino influences, to Japanese and California cuisine. It’s more than coconuts – think fresh seafood and tropical fruits like dragon fruit and guava.

A number of food products are now being spiced up with a Hawaiian  flair, leading flavorists to explore these new flavor offerings to see what they can dream up that is both new and exciting as well as keeping in line with these traditional food items. The colorful smoothie bowl trend correlates strongly with this ethnic food trend that is hitting the market. Although this treat is originally from Brazil, acai berry bowls have become ubiquitous everywhere. The berry and chocolate taste of acai, which can be recreated with orris root extract and natural chocolate extract, continues to be a consumer favorite. Vibrant fruits like dragon fruit, guava and passion fruit are finding there place not only in these bowled treats but also in insta-worthy cocktails.

One of the more notable things about Pacific Rim flavors as a trend is the fact that the flavors of this style of cooking inherently fall into the “Fusion” category. Blending the tropical flavors of the Phillipines with the spicy flavors of neighboring Asian countries such as Vietnam, the Filipino food aesthetic is topped off with the hot, but somewhat more savory influence of Spanish foods marking the Western influence on the country. Ingredients like dried shrimp,

This multivaried fusion of food flavors is evident by the dominant flavor ingredients in these products. Sweet and spicy notes such as those provided by natural 4-methyl guaiacol can lend a traditionally Asian heat to a dish, which can be backed up by more savory elements such as yam and potato, which can be recreated with natural 2,3,4 methyl pyrazine.

In fact, this marks the point where Filipino flavors diverge from other Asian foods, as unlike the flavors of Chinese or Thai cooking Filipino foods tend to rely heavier on more starchy, savory notes. Tomato is a particular favorite, and can be found in a wide range of dishes, from appetizers to the main courses. Heavy spices such as garlic are also used in abundance.

When it comes to the meatier component of Filipino food, flavorists will find the biggest and boldest food items to be heavy on fishy flavors. Flavorists looking to produce a seafood base for a Filipino food can look to flavor ingredients such as natural dimethyl sulfide for what they need.

When it comes to the fruit flavors of Filipino cooking, tropical flavors reign supreme. The most prominent among these are coconut, pineapple, and banana, which can either be used to create sweet offerings or to add a sweet component to any of a variety of savory dishes.

The fusion style of this type of cuisine means that in many ways the possibilities really are endless. Lemongrass, chili peppers, citrus flavors, black pepper, and even anise are just examples of the many flavors that can go into the typical Filipino dish. That means that there is a lot of room for flavorists to play around in, whether they are creating a gourmet offering or they are preparing an easy-to-make curbside option for a food truck vendor.