New Ways to Spice Up Sandwiches 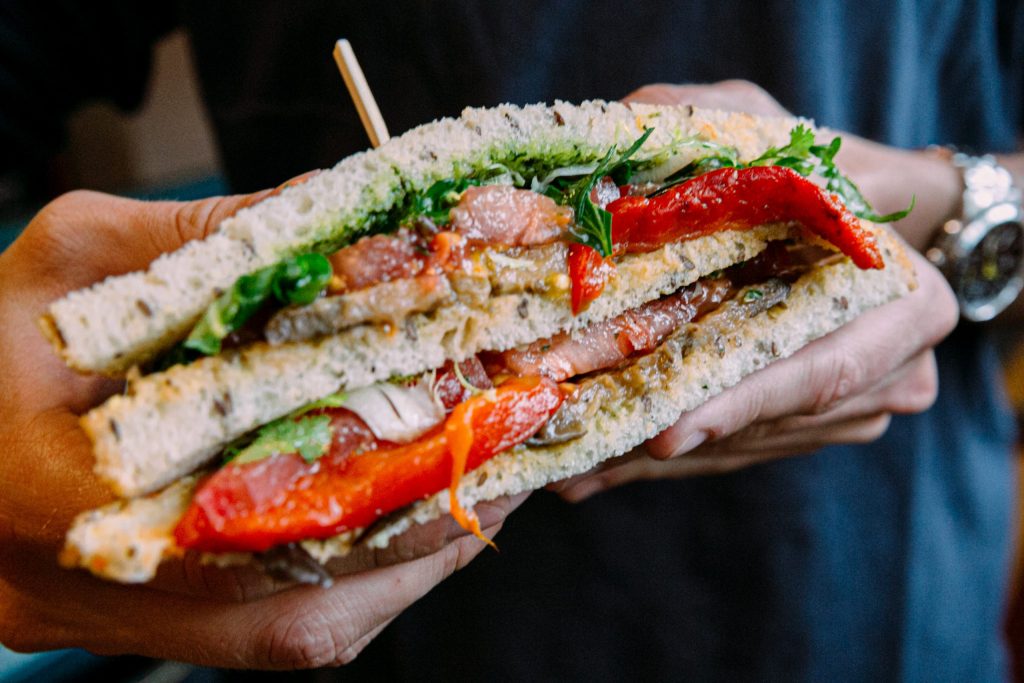 New Ways to Spice Up Sandwiches

According to Technomics, 65% of all restaurants have sandwiches on their menus. That’s not surprising as sandwiches have always been a favorite. While it isn’t difficult for consumers to find a turkey and cheese sandwich or an Italian sub, operators are looking to include innovative and unique sandwiches to their menus.

These days, you don’t have to wake up before the sun for your favorite morning breakfast, nor do you have to settle for the standard egg and cheese combo. Breakfast sandwiches are taking on new formats that are inspired by mouth-watering dishes. Briskets are taking the place of sausages and waffles are replacing bread in crispy fried chicken sandwiches. Innovation is also being driven by other ethnic cuisines. This gives room for more flavor ingredients to be introduced onto breakfast menus and all that’s left for flavorists to do is figure out how to best use them in their food products.From the various countries of Asia to Latin America the flavor ingredients to choose from are incredibly numerous. And while many of these spices got their start as a part of more traditional food dishes, flavorists are now finding innovative ways to infuse these flavors into sandwiches.

Protein variety has increased and can be flavored in numerous different ways in flavor production. Vegan diets have caused the focus on protein to be on the rise for quite a while now. Jackfruit has become a popular meat substitution and it’s sweet distinctive taste can be combined with other strong flavors such as garlic – which can be added to a product through the use of natural garlic oil, available in Advanced Biotech’s line of natural flavor ingredients – as well as bright, citrus flavors such as lemon, orange, and lime (which can be added to a product through the use of ingredients such as natural citronellal, natural octanol, and natural citrus enhancer). Worldwide, millions of people rely on fish as their main source of animal protein. There’s an increase of menus offering smoked salmon. The popularity of both Asian and Hawaiian cuisine, has also impacted the sandwich sector and that means everything from Hawaiian and Filipino influences, to Japanese and Californian cuisine. Think fresh seafood and tropical fruits like guava and dragon fruit.

Of course the innovation doesn’t end there. The possibilities for what holds this flavorful treat together has also expanded. Consumers are no longer restricted to white or wheat bread. Operators are offering sandwiches with naan, roti as well as dosas. The Indian influence on those treasured carbs give flavorists room for further flavor creation. This includes the range of Indian spices – especially curry spices – and even spices from other areas of cuisine such as Ethiopian. One of the great things about flavor creation is that there are still many areas of ethnic cuisine to explore with many new flavors that have yet to hit mainstream popularity, meaning the field is wide open for something brand new, flavorful, and delicious.