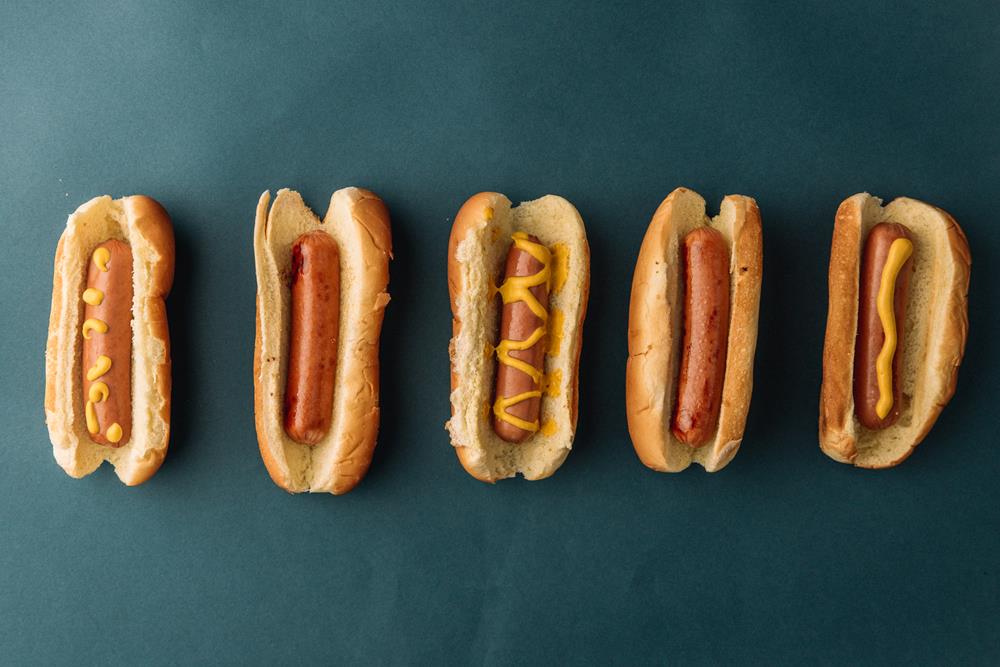 Hot dogs, bacon, deli meat, and sausages contain nitrates – organic preservatives that keep food fresher for longer. Although nitrates are natural, they can have negative health effects, and many consumers are looking for safer alternatives to boost their food’s shelf-life. Swiss flavor company Givaudan recently launched NaNino+, a plant-based nitrite replacement that could revolutionize the processed meat industry.

Nitrates vs Nitrites and How They Affect the Body
Nitrates (NO3) are naturally-occurring compounds found in the human body, water, and some vegetables. These stable compounds are harmless until bacteria and enzymes convert them into nitrites (NO2) which can be healthy or harmful. Nitrites react with other molecules in your body to form one of two substances:

NOCs are carcinogenic, and numerous studies suggest NOC exposure increases your risk of developing cancer. Nitric oxide is a signaling molecule that relaxes the blood vessels to help lower high blood pressure, and many heart medications promote its formation.

The Role of Nitrates in Food Preservation
Adding nitrates and nitrites to processed meat helps prevent the growth of bacteria, extending its shelf-life while enhancing its rosy color and smokey flavor. Manufacturers typically add these compounds to meat products in the form of sodium nitrate/nitrite or potassium nitrate/nitrite. Cooking nitrite-containing food at high temperatures encourages the formation of cancer-causing NOCs.

7 Natural Ingredients That Reduce Harmful Nitrite Formation
Many vegetables and fruits are natural sources of nitrites and contain substances that inhibit the formation of harmful NOCs during digestion. Givaudan’s NaNino+ is one of many potential sodium nitrite alternatives for processed meats that contains natural ingredients such as:

Nitrates are natural substances that can benefit or harm your health depending on how they are prepared and digested. Many fruits and vegetables contain bioactive compounds that can reduce residual nitrite levels in processed meats and inhibit the formation of NOCs during digestion. Advanced Biotech is committed to making biotechnology more accessible to the food and beverage industry. Please contact us for more information.