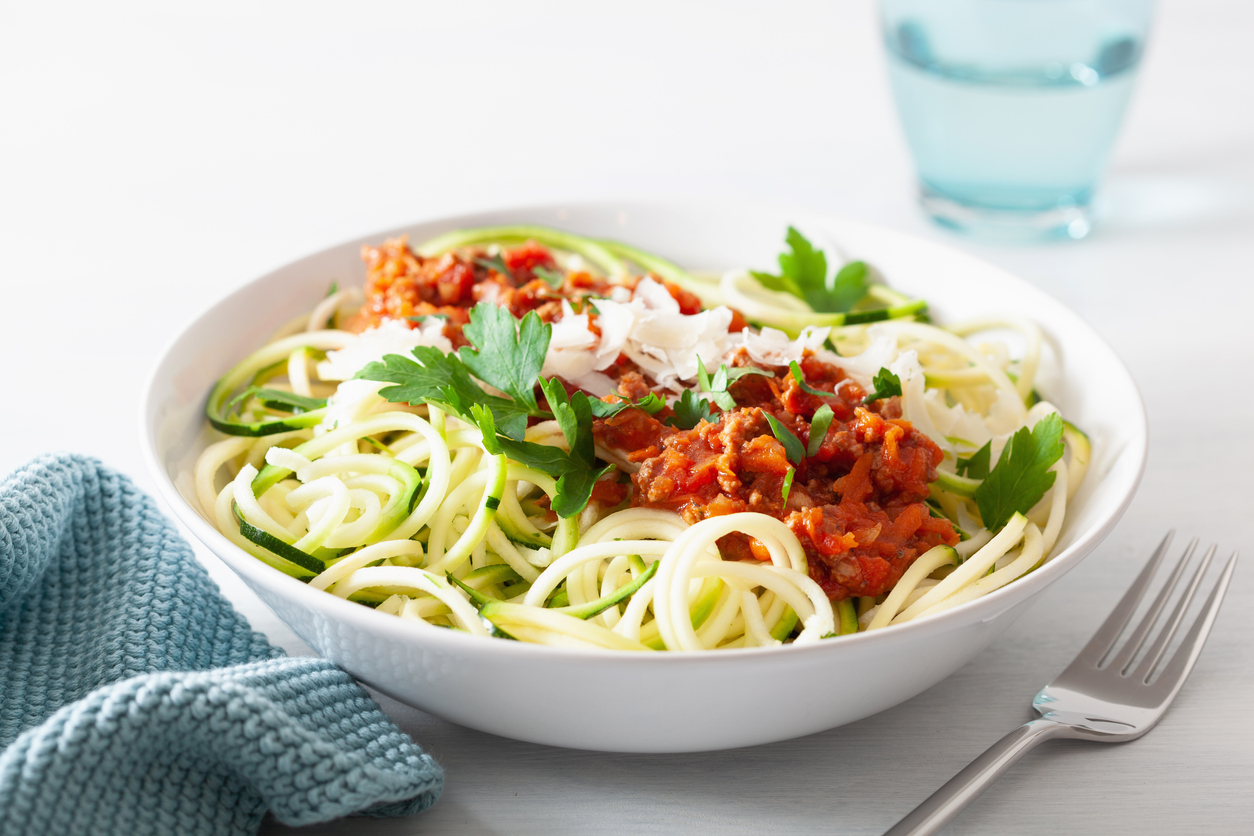 Trendy diets like Keto and Atkins have brought back low and no-carb eating in a big way. Carb alternative products have been especially popular this year as many are looking to increase their intake of vegetables and functional ingredients while decreasing carbs, which are perceived to cause weight-gain and other health issues when eaten in excess. With versatile ingredients replacing rice and flour-based recipes, consumers can still indulge in their favorite treats while meeting their health and wellness goals. Join us as we explore the carb alternative food trend and the flavors making it more appealing to consumers.

Vegetables have been the leading ingredient in the low-carb movement, as spiralized squash, zucchini, and carrots have been a trendy replacement for traditional wheat-based pasta and noodles for many years, and topped with simple tomato sauce make for a satisfying and healthy meal. Cauliflower has also been extremely popular as a carb alternative by way of diced cauliflower acting as a replacement for rice, and as a healthy alternative for pizza crust. Greens like spinach and broccoli are added to everything from tortillas to gnocchi and are perfect for those looking quick, low-carb meals with added vitamins and minerals. Sweet potatoes are also a common swap out for regular, white or yellow potatoes as they feature increased nutrients and a lower carb count.

Nuts provide unique texture, a warm, toasted flavor, and many health benefits to a wide variety of recipes. Ground into flour, almonds act as a low-carb alternative in everything from pancakes to cookies, replacing traditional wheat flour while adding delicious flavor and a boost of nutrients. For consumers allergic to tree nuts, oats can be used in a similar way and are especially useful for those dieting as they are considered complex sources of energy, taking longer than traditional carbs to be processed by the body, therefore keeping the stomach fuller for longer. Lesser known grains like millet, couscous, and quinoa are also considered low-carb, and can replace rice in many dishes and make nutrient-rich and flavor additions to salads, soups, and as a side dish for your favorite protein.

Konjac Is an herb that grows in parts of Asia and is known for its starchy corm, a tuber-like part of the stem that grows underground. The corm is used to make a dietary fiber and can act as a vegan substitute for gelatin and other common thickening agents. While always a popular ingredient and diet food in Asia, konjac is gaining traction in the US as many are looking for low-calorie, low-carb alternatives to their favorite starchy snacks. Konjac-based jelly flavored with natural juices like peach, apple, and raspberry are a popular dessert, while shirataki noodles, made from konjac root, are a low-carb, zero calorie alternative to wheat noodles and can be used in everything from stir frys to soups.

Eating healthy doesn’t have to be boring. A low-carb diet is easily achievable in recent times as manufacturers continue to innovate with natural products.