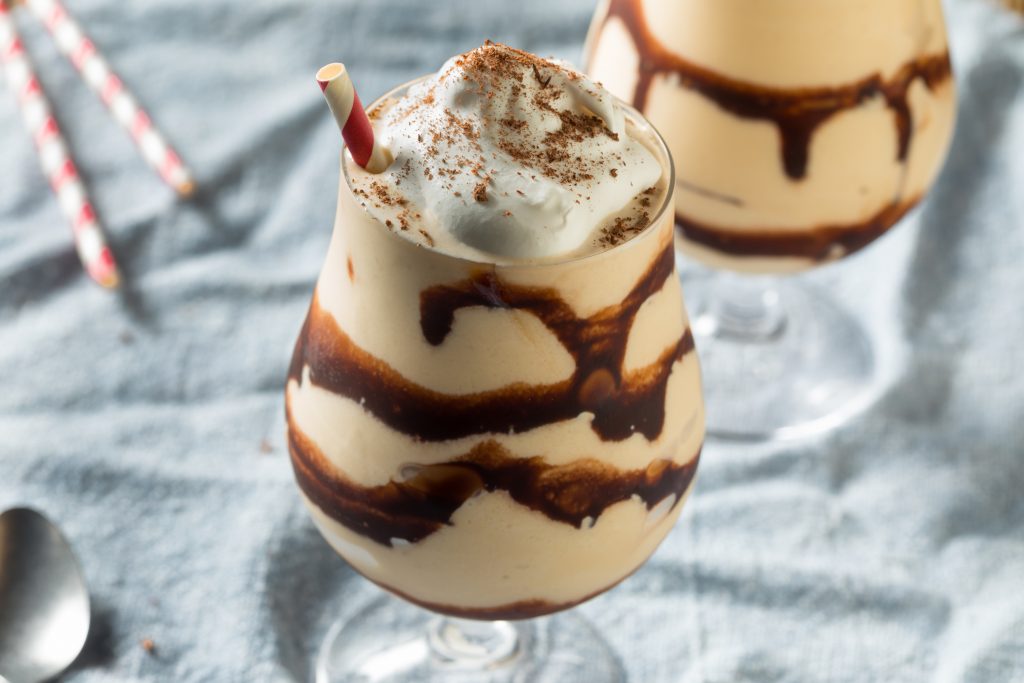 August 6th is National Root Beer Float day, which makes it a great time to celebrate the timeless wonder that is the classic root beer float. However, we also think it’s a great time to experiment with variations on this traditional treat to please the palates of today’s culinary adventurous consumer.

First (and arguably most fun), you can turn root beer floats into boozy milkshakes for your adult customers. It’s as simple as keeping the ice cream and tossing the root beer in favor of a stout beer, keeping in mind some of the latest beer trends. This idea has endless possibilities as well – keep the root beer and add liquor; try an alcoholic root-beer-float milkshake, or even incorporate the flavors of a root beer float into an adult slushy. Any of these is likely to be very well-received by thirsty consumers.

Another fresh approach you could take is the kombucha float. This one offers not just the opportunity to create a gut-friendly product today’s health-conscious consumer will love but also endless flavor possibilities. With the smooth, mild flavor of vanilla in the ice cream, you’re free to add any kind of kombucha you like – perhaps raspberry–ginger, blood orange, or classic black tea.

When you consider the whole world of soda and ice cream flavors, it’s easy to get a sense of how many different ways there are to make floats. Indulge the caffeine addict with cola and coffee-flavored ice cream; spice it up with ginger beer and vanilla bean; take it tropical with pineapple soda and orange sherbet. The sky’s the limit when it comes to mixing flavors and it’s hard to go wrong with two basic ingredients as delicious as ice cream and soda.

There’s one more way to celebrate the world-famous root beer float, and that’s by using root beer float flavors in other products altogether. Root beer itself contains a variety of flavor notes including vanilla, black cherry bark, wintergreen, licorice root, sarsaparilla root, acacia, nutmeg, anise, molasses, honey, cinnamon, and sweet birch. Breaking it down to these flavor components can make it simpler to recreate the taste of root beer in offerings such as liquor, candy, marshmallows, cakes, ice cream, and even cosmetics such as lip balm.

Let National Root Beer Day be the start of something new and delicious this year!